I Got Solution On Vodafone Idea Getting Insolvent 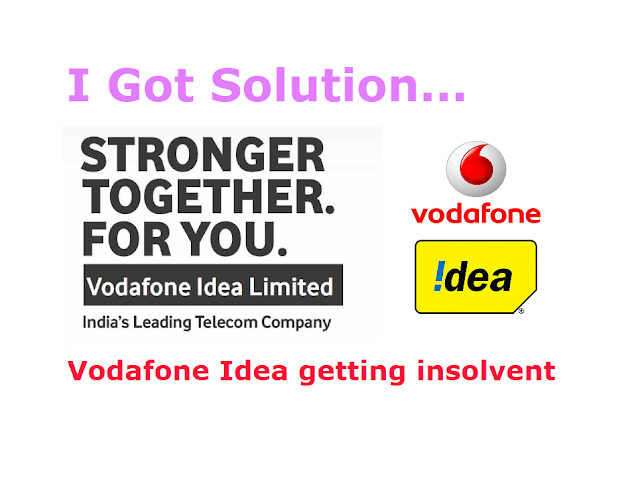 I got solution on Vodafone Idea getting insolvent

In last two decade, may be a more than dozen of companies got merged / out of business in Indian telecom sector. Even Tata’s (remember Tata Indicom and Tata Docomo) had gracefully exited

In past Vodafone wanted to come out with IPO for fund raising, but it did not happen. Then it got merged with IDEA. When Two loss making business come together, losses gets increase.

Vodafone Group chief executive Nick Read has made threatening / blackmailing statements. Asking for relief package or will exit India. I think this has become a norm, if business is not doing good, business owners goes to government for package, earlier this year we saw industry asking for GST relief.

After making this kind public statement, now who will give any more loan or goods / service on credit to Vodafone Idea?

Being in stock market, I keep analysing companies
Few months ago, I was thinking, Vodafone Idea will go Reliance communication way in two years time frame. With recent supreme court AGR ruling, we are seeing lots of noise

I got a solution
Vodafone Idea AGR liability is said to be in range of 30,000 crore to 40,000 crore (including spectrum usage charge dues, penalties, interest)

For every crore amount forgone / relief by Department of Telecommunications (DOT), Vodafone Idea should bring in 6 crore equity

Say revenue forgone Department of Telecommunications (DOT) 20,000 crore and Vodafone Idea brings in equity capital to the tune of 120,000 crore